After creating a DAO for your bookclub I'm sure you're busy telling all of your friends to download Keplr so they can join you. Once they join your DAO and the wonderful world of the Cosmoverse, why don't we make a governance proposal for them?

Let's create a proposal to decide what book to read.

If you create your proposal before your friends join they won't be able to vote on it as they won't have registered to vote in time. Make sure that everyone has joined the DAO and staked their tokens before making your proposal.

Since you were the first one here, it's only fair that you suggest what everyone read next. Let's create a proposal suggesting the group read Murray Bookchin's The Next Revolution: Popular Assemblies and the Promise of Direct Democracy.

To begin, starting from your DAO's page, navigate to Proposals > New Proposal. 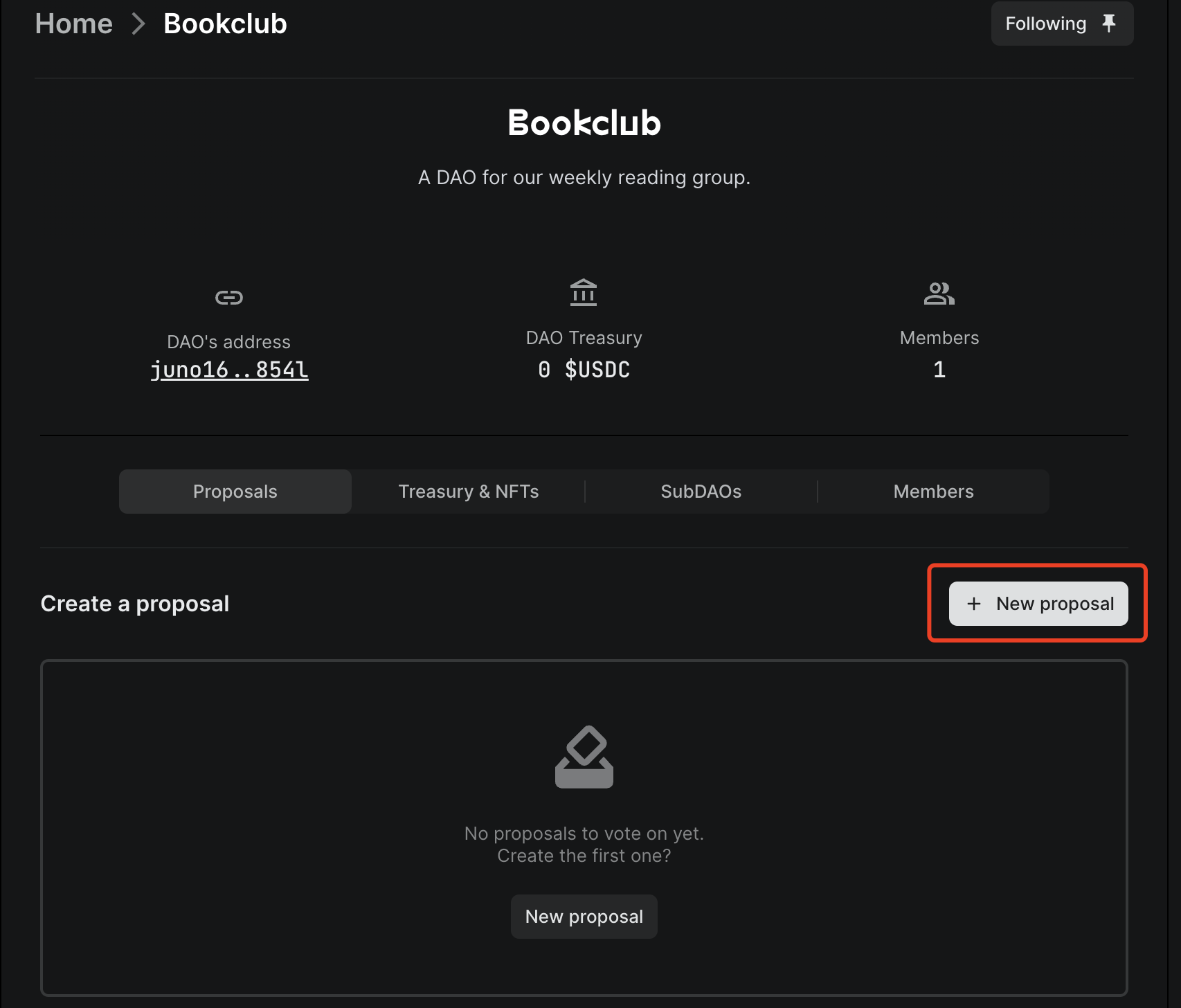 Then, fill in the proposal's name and description. 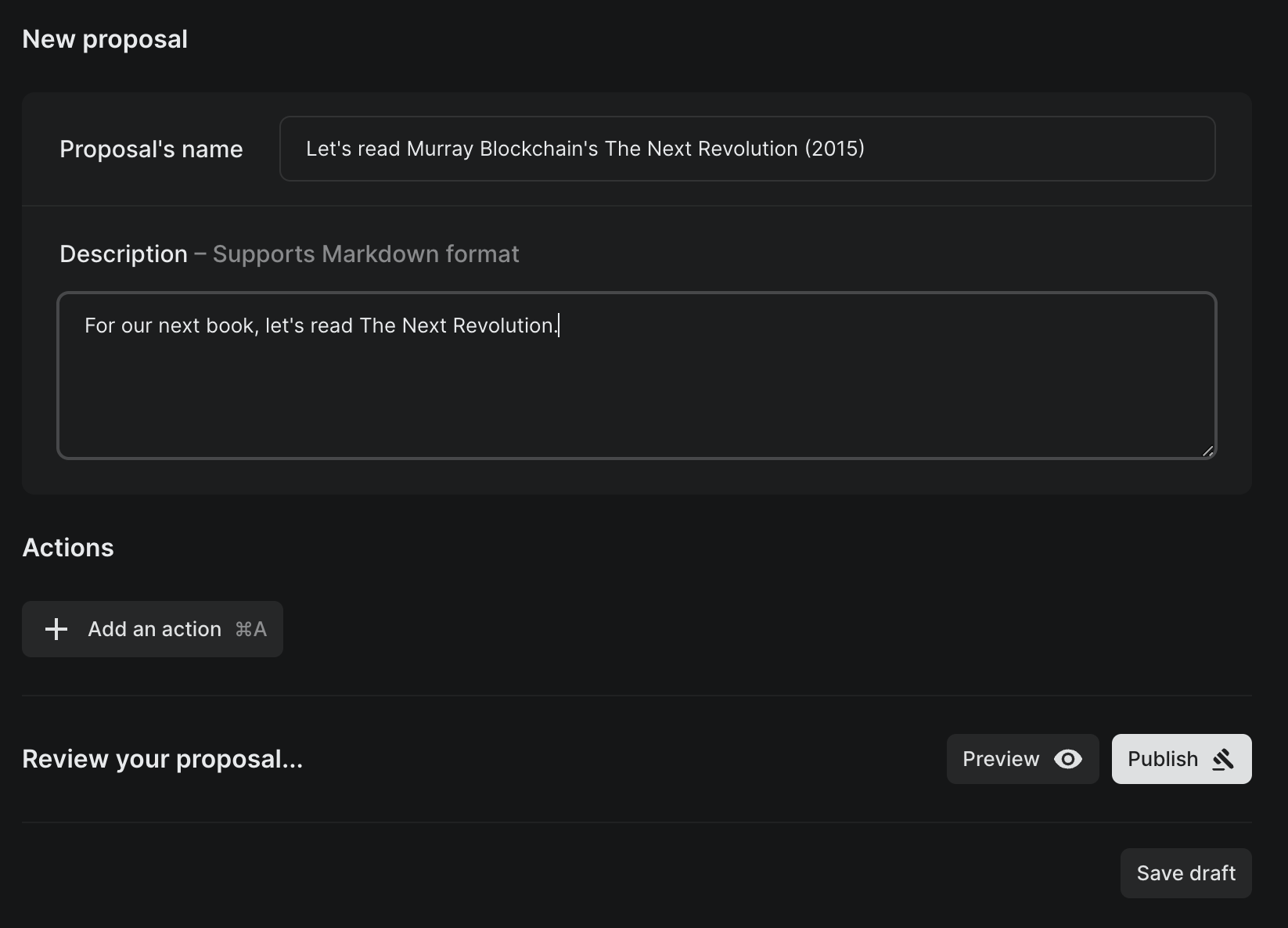 You'll notice the Actions tag there. Proposal actions allow you to add rich scripting capabilities to proposal actions—commands that execute on the chain when the proposal passes.

The proposal we have here is more of a social contract. We don't need anything to change in code.

Now that we're ready, go ahead and press Publish. Keplr will again ask you to approve the transaction.

Once you approve it, you'll see your proposal is live!

Now that we've made a proposal, let's vote on it.